One year after a plan to reform European data protection laws was unveiled, it is still the focus of intense debate. It seems reaching an agreement will not be easy.

One of the key aims is to give people more control over their private details on the web and to tackle other growing problems, including identity theft.

But there is a dilemma: how to save the concept of internet privacy, without putting the brakes on new technology and services that can be extremely useful.

Views expressed on the streets of Copenhagen, for example, are typical of the debate taking place across Europe.

And it is no wonder the data protection reform plan is being described as one of the most difficult ever to be considered by European politicians.

One young man in Copenhagen told Right On: “Maybe it’s too late because I’ve already put so much information out there already. I mean my bank account and credit card information. And use of Google as well.”

Euronews asked: “And do you worry that in the future this could be used, or somebody could use it against you?”

“I mean, I don’t lose any sleep over it,” the young man responded.

A young woman said: “It’s a part of the internet, and if you don’t want everyone to know your information, just don’t sign up with facebook. It’s a choice.”

Her young male friend added: “But I think the bad thing is that when you say I have read the conditions and then the conditions are 100 pages long, and you don’t want to read that. So it’s like: OK, I cross (tick the boxes), but you know there could be some clearer rules.”

That is another aim of the reform: force websites to give people a more informed choice on privacy options, with threats of large fines in the event of breaches, and to make it easier for people to delete data.

In the meantime, some are taking more steps to protect themselves. Right On met one user rights group that created and distributed tens of thousands of copies of free privacy software. It is not only worried about how companies access our data, but also the state.

Niels Elgaard Larsen from the IT-Political Association of Denmark told Euronews: “This is an example of our political projects, aimed at securing anonymous access to the internet.

“It promotes solutions like plugins for browsers and applications for mobile phones and so on, where people can actively secure their privacy. We feel it’s better that citizens themselves take control, instead of letting others try to safeguard their privacy.”

The association says Denmark already has good data privacy laws in place, but making good use of them is another matter. And it says raising public awareness about the dangers and loopholes is crucial.

Euronews asked a mother with her children in Copenhagen: “Is that something you worry about as a family?”

Euronews asked the girl: “So you’re not worried, but your mum is?”

The mother added: “A Iittle bit. I trust her, but I try to talk to her about it every now and then, when I hear on the news that something has happened.”

In this age of lives increasingly being lived on the web, there is growing concern about the big brother effect. And are we yet aware of all the long-term consequences?

Politicians are also in the firing line, as they are called on to search for practical solutions that are realistic and enforceable.

Euronews asked a young man in Copenhagen: “Some people say that really it’s on the individual to protect themselves, that we shouldn’t rely on the government or regulations or laws, that we should just be more careful, just be really careful what we use on the internet.”

The man responded: “I don’t agree with that, because that’s impossible. You can’t protect yourself. I mean if some people or some company wants to abuse some information, they could do it, in my opinion. So it’s impossible for us to protect ourselves all the way (100%).”

Euronews’ Seamus Kearney reported that the complex reform package was launched in January last year, but there is still some way to go.

“There’ve been public debates and consultations, and now it must be examined by several European parliamentary committees,” he said.

“Then it goes up for a vote, but not just among MEPs; heads of state and government must also give their approval. The pressure is on to get a result before the next EU elections in 2014.”

As a recent holder of the presidency of the European Union, Cyprus was involved in leading the debate, amid attempts to find consensus on key aspects of the reform.

A privacy forum was also organised, with the help of the University of Cyprus, where students are researching new smartphone and location-tracking technology. They appear to be very conscious of the issues.

Nikolas Loulloudes, a PhD student, told Right On: “As researchers, and as individuals that develop these technologies, protecting privacy will certainly remain high on our agenda for any future research and development.”

Georgios Larkou, another PhD student, said: “In the world of the smartphone, it would be easy to turn off our mobile phones or other devices and then we wouldn’t have a privacy or any other issue. Of course that is not something we want to happen.”

The students say they want to integrate the concepts of privacy into the early stages of developing new technology. But making sure those good intentions get through when products are on the market is another challenge.

And lawmakers have the difficult task of checking that there is no risk of new regulations becoming quickly outdated.

Marios Dikaiakos, Head of the Computer Science Dept at the University of Cyprus, told Right On: “I don’t think there can be one solution, because the sector is constantly developing and it’s very difficult to predict what will happen in the next two, three or five years.

“What is very important is that regulatory authorities work very closely together with the academic and research communities, and also with companies that provide these kinds of services.”

There is also concern about the cost businesses would have to incur to meet the new law, but there are signs that Brussels could end up being flexible on that point.

Constantinos Georgiades at the Office of the Commissioner for Personal Data Protection in Cyprus said: “One of the main issues that concerned us both on a European and national level was the issue of the administrative costs that small and medium-sized businesses would have to bear under the proposed regulation.

“99 per cent of businesses in Europe and Cyprus are small and medium-sized companies.”

As the debate goes on, the big internet names, including Google and facebook, remain in the headlines over data protection, and the controversial matter of the sharing of information between countries is yet to be resolved.

It may be a lost cause for some, but others remain optimistic that a safe and secure internet is still possible. 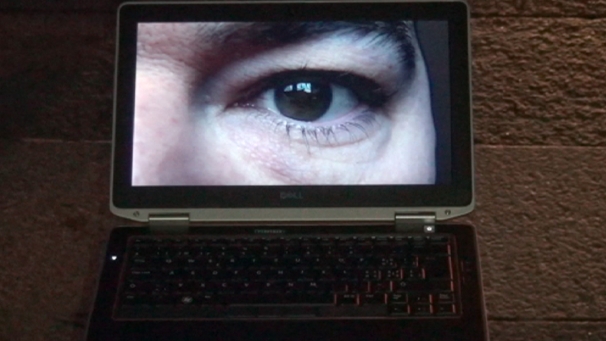 The information technology sector is rapidly changing, with smartphones becoming even smarter and location tracking becoming the norm. Officials are attempting to keep up with the advances, to make sure that issues such as privacy and protection of personal data are not forgotten. But any rules or safeguards can become quickly outdated.

Right On spoke to researchers in Cyprus who maintain that privacy is considered in the early stages of developing new technology. But of course, making sure that those good intentions are carried through to when products go on the market is another challenge. And could those privacy features be discarded or disabled at a later stage, long after products have left the laboratories?

Marios Dikaiakos, Head of the Computer Science Department at the University of Cyprus, told Euronews’ Seamus Kearney: “One of the basic problems arises from the constant technological changes, which make it hard to regulate issues related to civilian privacy. Recently, for example – and these are predictions for the near future – both social networks and mobile telephoning and communication via so-called smart phones will be very important and will expand constantly. In the context of these technologies, protecting privacy and even regulating the protection of privacy is becoming even more difficult.”

He added: “I don’t think there can be one solution because the sector is constantly developing and it is very difficult to predict what will happen in the next two, three or five years. What is very important is that regulatory authorities work very closely together with both the academic and research communities and also with the companies that provide these kinds of services.”

“Regulations, and the regulatory context, have to be able to constantly evolve in a way that allows, on the one hand, the development of new business in these new fields and, on the other, to make it easier for civilians to preserve their privacy and avoid dangers that arise from these new technologies.”

But what about those who say it is too late to police the web and new technology? Dikaiakos said: “There is some truth in these reservations but that doesn’t mean that we should not be trying to regulate the privacy of civilians and people correctly. It’s not that easy, and it’s not easy to achieve without ways that will destroy entrepreneurship and the introduction of new technologies.”

“But it is still the early stages in terms of finding the ‘golden solution’, which will allow for both the correct protection of civilian privacy – and the ability for civilians to be aware of where their private data is located and who is processing it – but also the ability to have development in the fields of technology and the economy, which are also very important for general economic growth.”

Georgios Larkou, a PhD student at the University of Cyprus, is working on new smartphone technology. He insisted that privacy protection can be integrated into designs in the early stages.

“In a world of the smartphone we could simply turn off our mobile phone, or any other device, and we wouldn’t have a privacy or any other concern,” he said. “Of course this is not something that we want.“

Nikolas Loulloudes, another PhD student, is carrying out research into new information networks and location tracking, particularly via computers and other devices that collect data in vehicles. Again, the questions about the technology are obvious: how will we be able to control who knows what about our movements, where we go, how we get there, what happens on the way; can drivers choose not to emit the data? Loulloudes also maintains that privacy issues are thought about in the research stage.

“Of course privacy protection in new technologies, and especially network technologies – technologies like vehicle networking – will be very important especially now that these technologies are being developed. This will allow technology users to be assured that they are safe when sharing data with other users and also it will enable the user to use the technology more freely.

“As researchers, and as individuals that develop these technologies, protecting privacy will certainly remain high on our agenda for any future research and development,” he said.

It may come as a surprise to some to learn that researchers do consider privacy issues when they are developing technological advances, but whether this is something that can be found in every university and research lab is another matter. There does seem to be some logic, though, in the view that privacy safeguards should not be something that is only considered when new technology and products appear on the market, and usually by regulators. Some say we must push harder to have a culture where those protections are inherent in a product and automatically integrated during the conception stage.